OVI Featured In Arquitectura Viva For The Scottish Parliament

The Scottish Parliament, which in 1560 created the independent Protestant church of Rome and rejected the authority of the Pope, after the return of its political autonomy as a region within the United Kingdom in 1998, called the competition for its seat in the same year. Along the Royal Mile – a steeply sloping, herringbone-shaped medieval road that links Holyrood Palace to Edinburgh Castle at its western end – stands the building as the physical embodiment of democracy. Located between the natural landscape and the historic center, the work tries to link both situations, making a kind of darning, with an object that emerges from the land itself and is grouped as if it were loose leaves or boats gathered in the channel of a River. The objective of making a portrait of democratic power led to the articulation of different pieces instead of opting for the frequent central scheme, such as the one used in the Chandigarh parliaments of Le Corbusier or the Dhaka parliaments of Louis Kahn, both representing a power centralized. With an organization based on a building without hierarchies, they wanted to relate the work to the context by creating a kind of informal agora that fits into the mountainous landscape of the compact city. 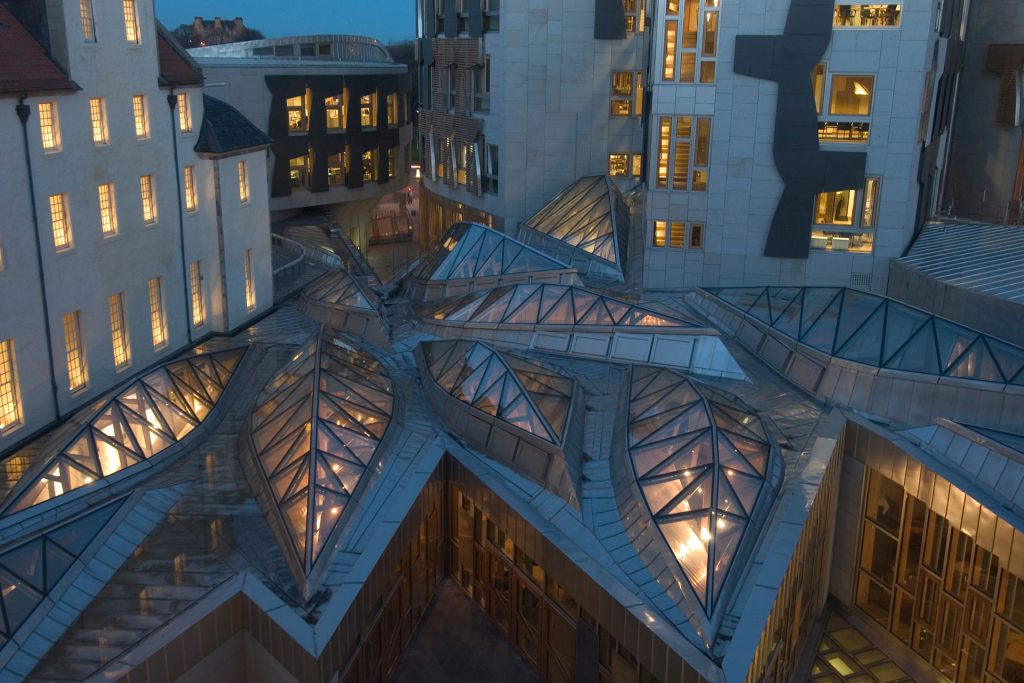 OVI’s work contributes to the Scottish Parliament as seen in this rooftop picture.