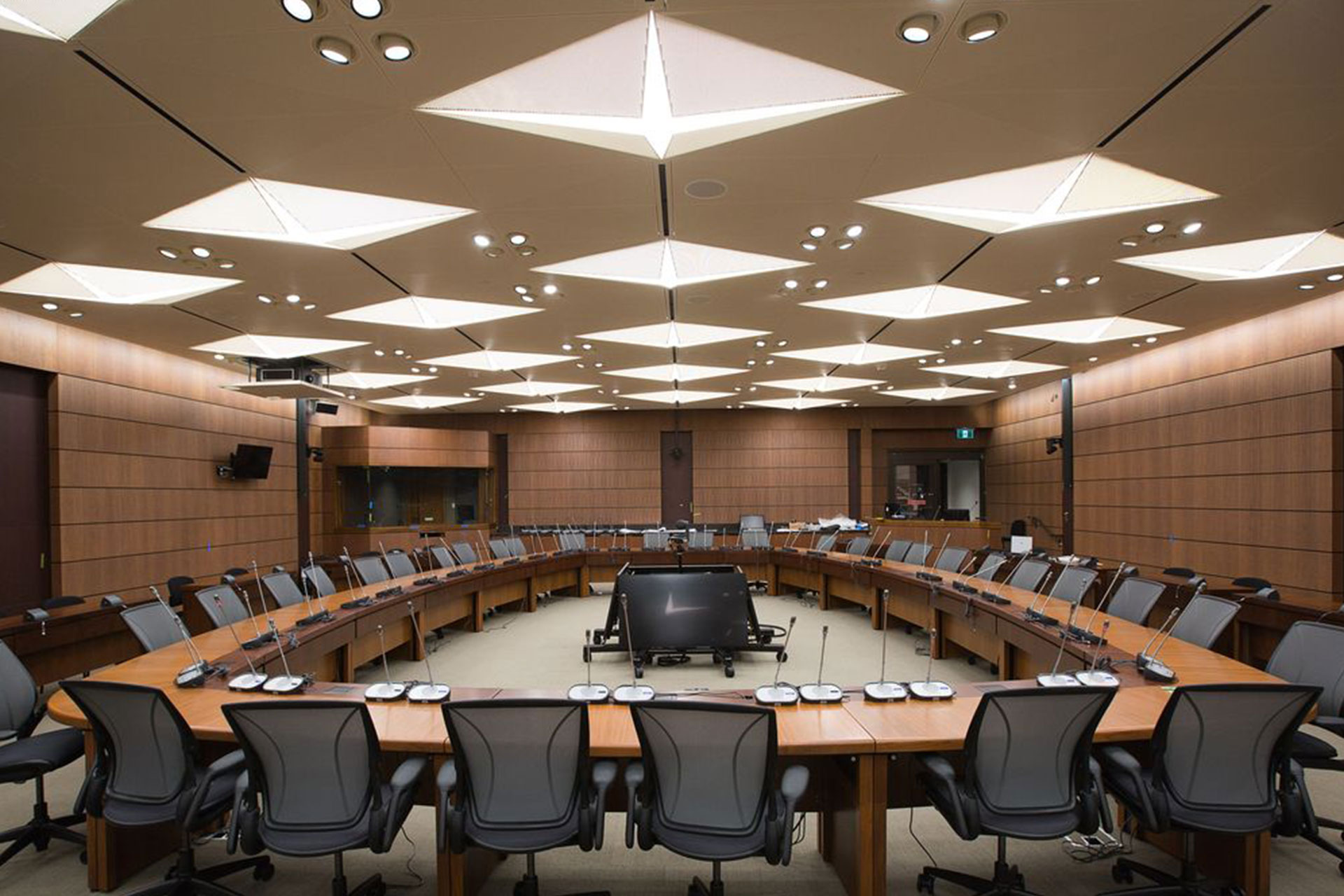 Each seating position in the subterranean Committee Rooms must be lit to the exacting standards of high-definition cameras: both the background and subject must be illuminated with precise aiming angles. The rooms are also used for official receptions and events with theater-style seating. To achieve this functional and human-centric aesthetic balance, highly custom luminaires are installed in layers behind perforated, star-like panels, creating a tapestry of light: the first radiating like an artificial sky; the second concealing glare-controlled spotlights strategically distributed and focused for broadcast sessions. 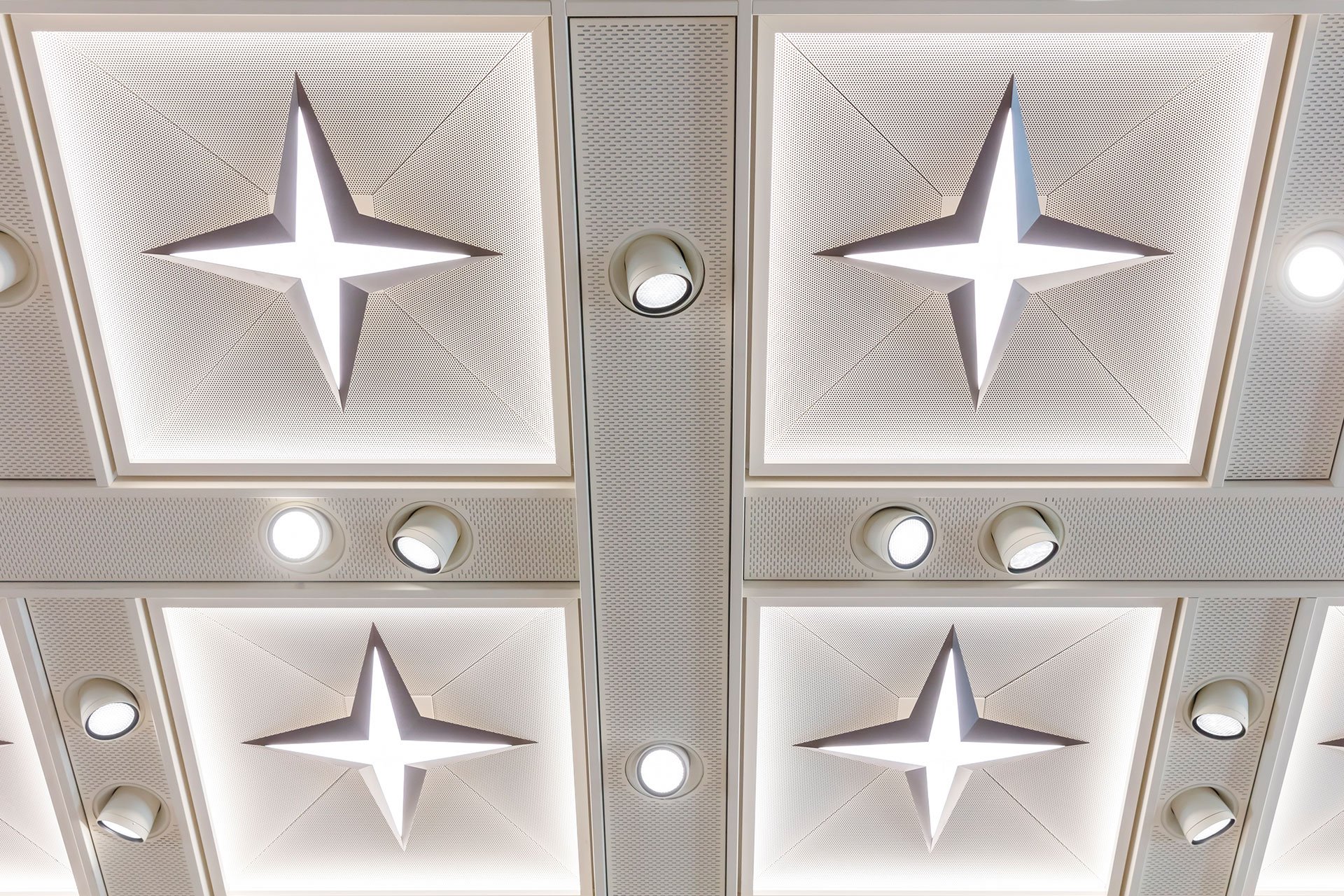 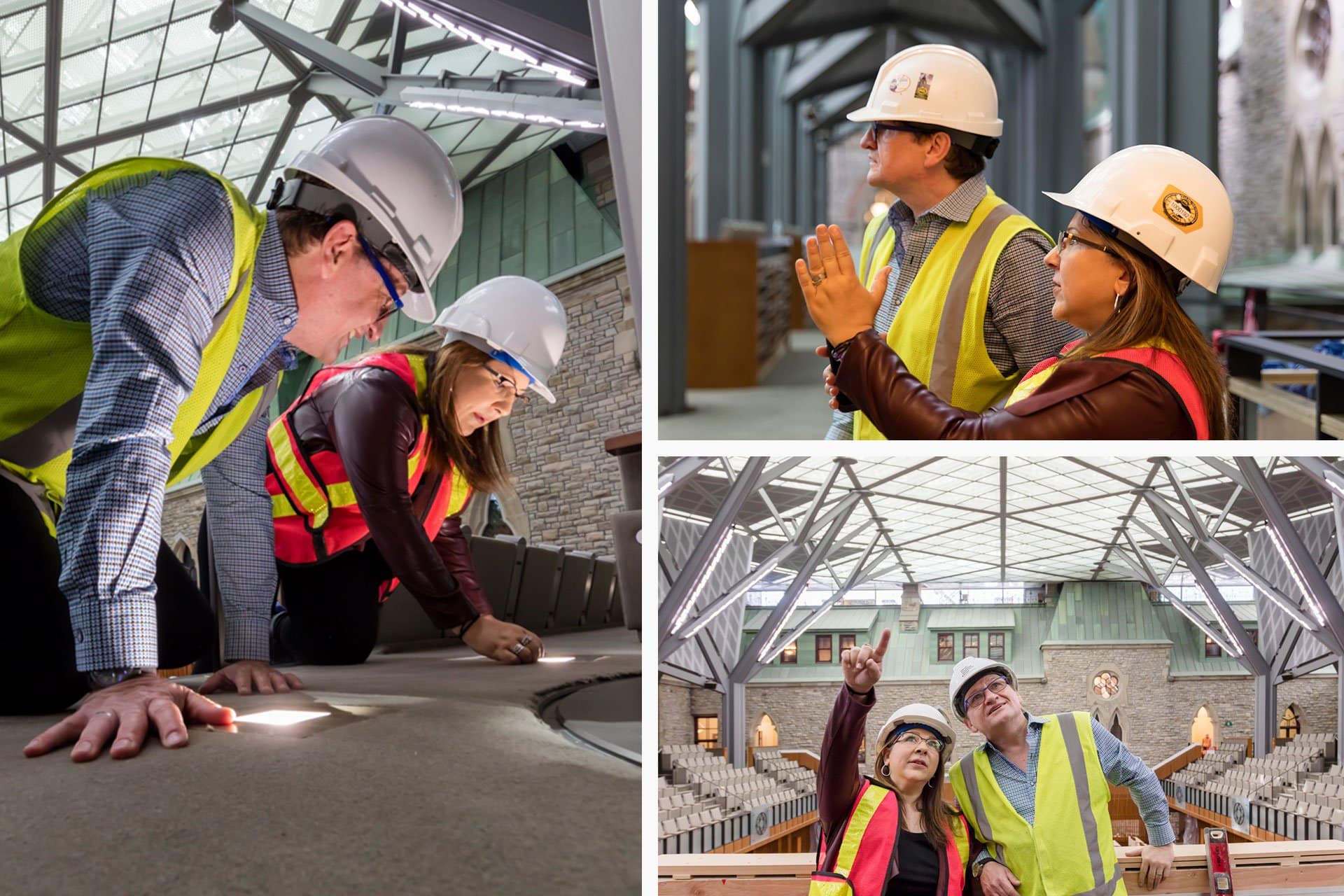 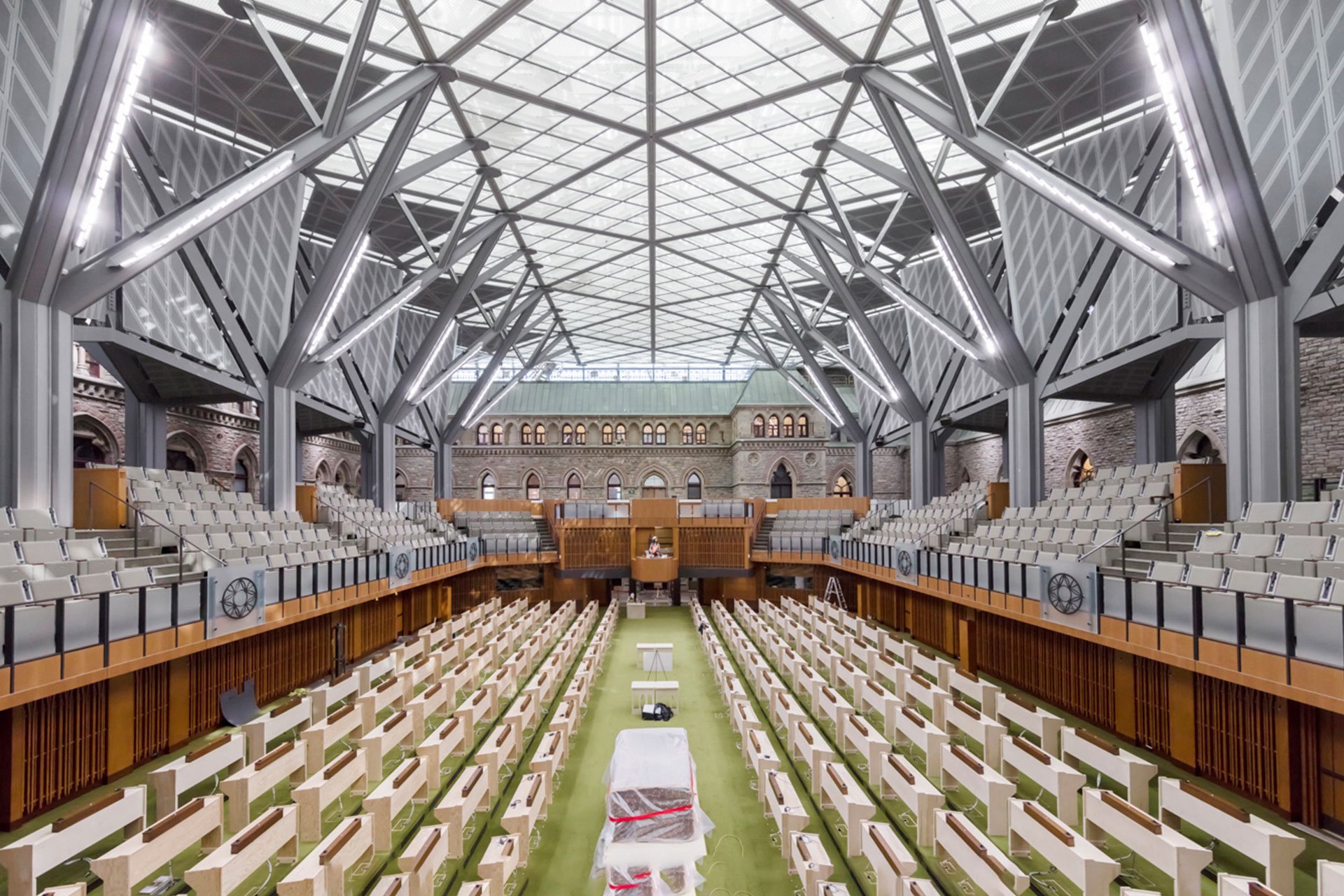 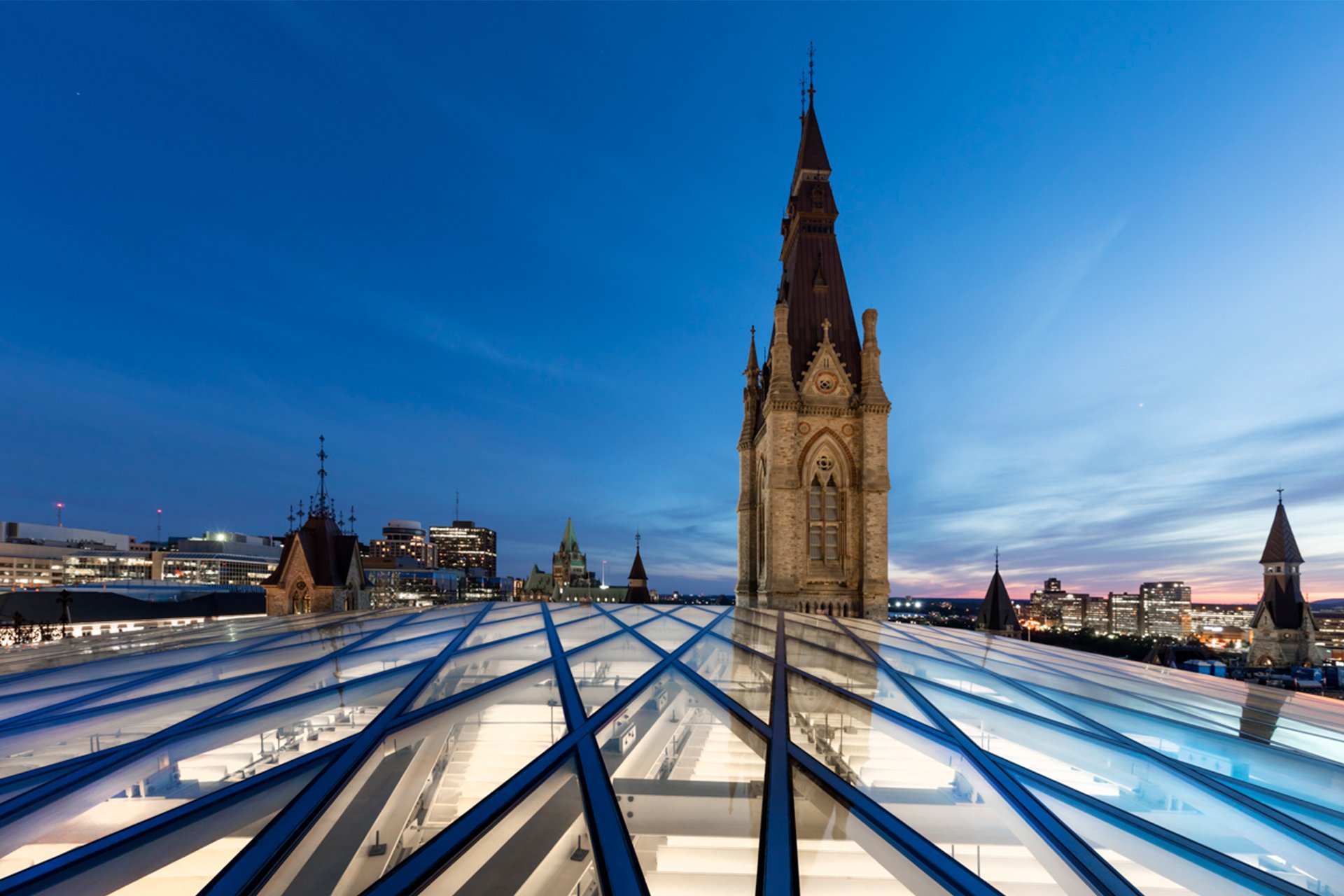 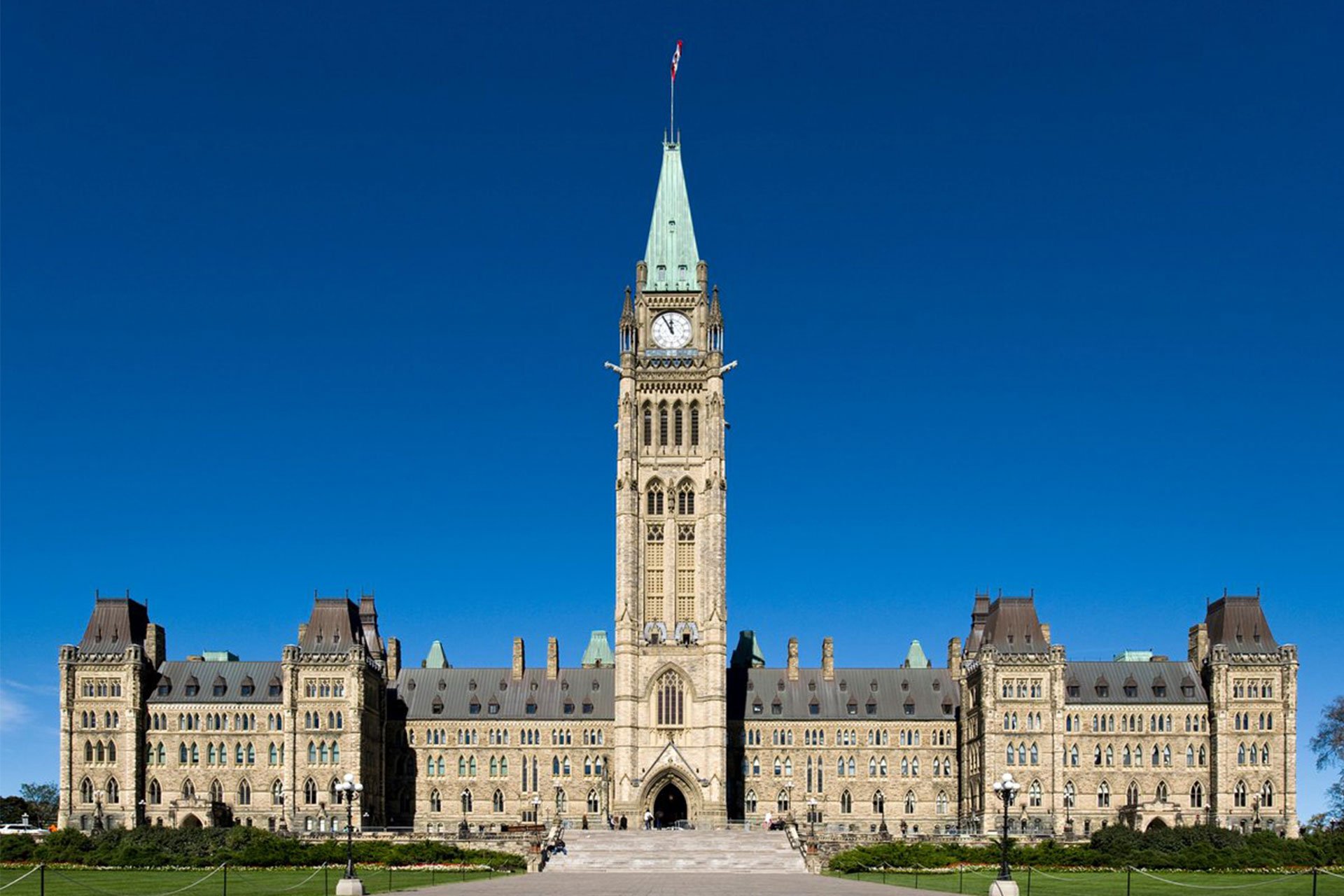 Get in touch
Back