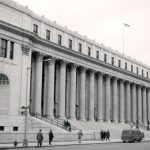 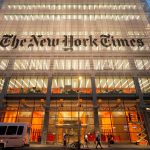 Acclaimed as the most significant addition to the Manhattan skyline in decades, The New York Times Building is located in the heart of the Times Square District — named after the newspaper’s 1904 headquarters in the neighborhood. The iconic area has become identified with colorful signage, displays, and illuminated advertisements. 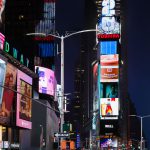 In 2004, New York City’s Department of Design and Construction, together with the Department of Transportation, launched an international design competition to create a new standard streetlight for the City of New York. OVI was the lighting designer for the winning team of the “Citylights Competition”, which drew over 200 entries from 23 countries, with multi-disciplinary teams including architects, engineers, urban planners, lighting designers, industrial designers, and manufacturers. 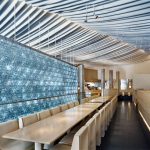 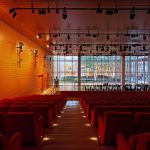 Conceived as an integral part of The New York Times Building, The TimesCenter is a performance venue consisting of a 378-seat auditorium and a reception space. The glass-fronted auditorium hosts the TimeTalks television series, book signings, and various performances against the unexpected backdrop of a garden courtyard. 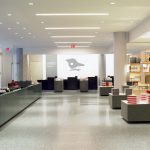 The MoMA Design Store has an international reputation for classic sensibility and functionality, just like the kind of objects it sells. Lighting for the store’s flagship location inside the Museum of Modern Art follows in this spirit. Custom lighting systems are seamlessly incorporated into the clean-lined surfaces and furnishings of the midtown Manhattan space, in keeping with the institution’s modernist aesthetic and philosophy.