LED Professional Magazine features OVI For NYC Streetlight Project and the usage of LED technology in 2008.

Lighting Science Group Corporation (OTCBB: LSCG) (“LSG”), a developer and integrator of intelligent LED lighting solutions, and the Office for Visual Interaction, Inc. (“OVI”), a global architectural lighting design innovator, announced today that the companies have been selected by The New York City Department of Design and Construction (DDC) to engineer, produce and test the winning design of the City Lights Design Competition.

OVI and LSG intend to commence the engineering work this month, followed by testing of the prototypes in Spring 2009 for the City Lights Streetlight project.  The goal is to provide a model for widespread lighting of streets, sidewalks and parks within the City’s five boroughs.

“Lighting Science is honored to be part of New York City’s project to test long-lasting, eco-friendly lights to illuminate our world-renowned streets and boroughs,” said Govi Rao, chairman and chief executive officer of LSG. “We are proud to play an integral role in realizing this important carbon-reduction goal. We expect this project will herald a new era of LED adoption and the continued greening of New York City.”

“The new streetlight is the first of its kind, and will set the new standard of lighting for city streets worldwide”, said Enrique Peiniger, principal, OVI. “The long lasting properties of LED technology enhances security, minimizes maintenance and the energy savings can be considerable as the technology develops. Rather than outdating itself in 20 years, the lighting solution can evolve with technology and improve with age, becoming less costly and consuming less energy over time,”
said Jean Sundin, principal, OVI. 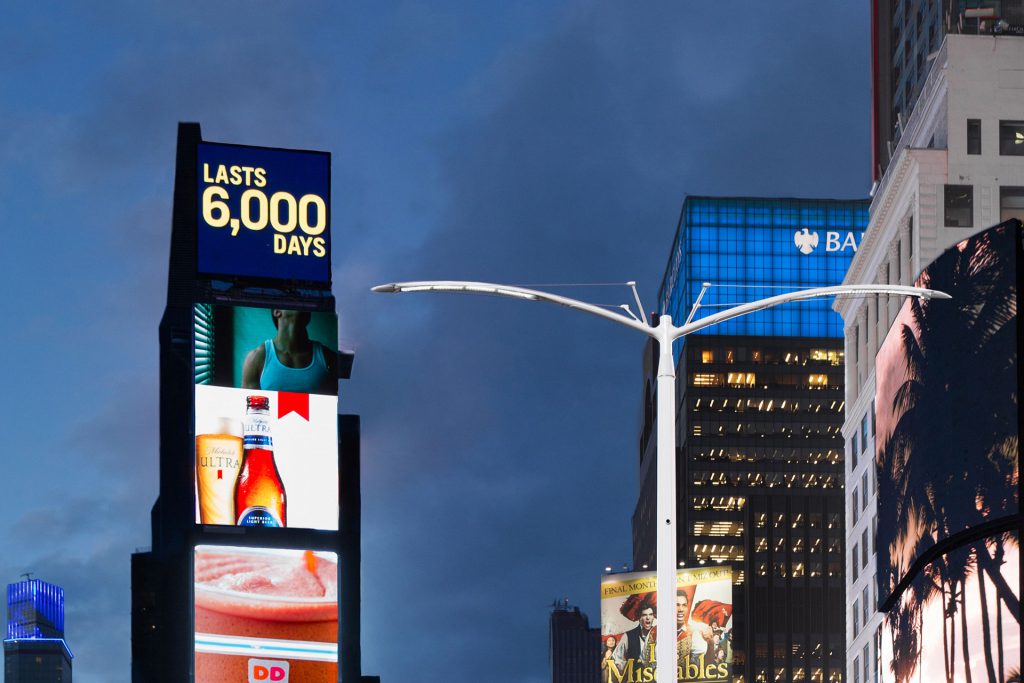