Archtonic features OVI’s work from the 2008 project at the New York Times building.  The work was the result of the partnership between OVI and design architect, Renzo Piano Building Workshop with FX Fowle.

At night, precise light gradations give shimmering presence to the ceramic screen facades, lending the tower a sensation of soaring lightness on the city skyline. Underscoring its geometry, bright illumination at the base of the East and West façades fades to a soft glow at the upper tip, while the narrower North and South facades feature an intense burst of brightness at the bottom that tapers off more rapidly. 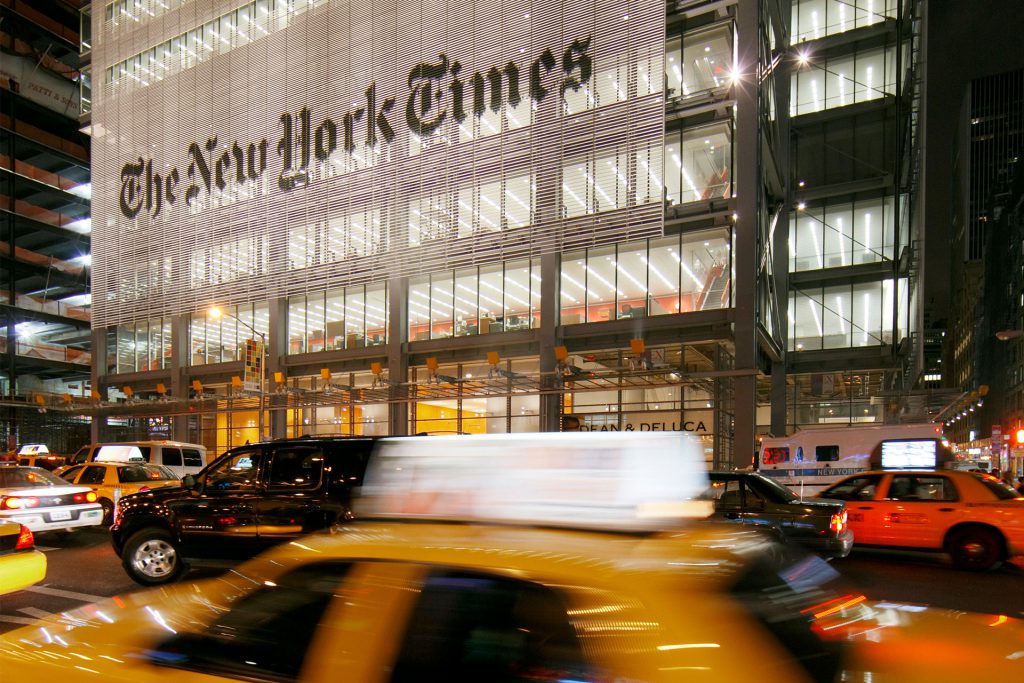 The New York Times building on a busy night featuring the lighting designs of OVI.