The Architectural Newspaper features the work of the OVI team in a piece from May of 2008 focused on the Museo del Acero in Monterey, Mexico.  The work stemmed from the partnership between OVI and Grimshaw Architects.

When it was fully operational in the 1960s, Blast Furnace Number 3 in the steelworks in Monterrey, Mexico, was kept at a steady 2,500 degrees Fahrenheit, 24 hours a day and 365 days a year. The plant that dominates the landscape of the city was also a crucial part of its economy and culture, so much so that when it closed down in 1986, it was declared a UNESCO World Heritage Site. After a two-year restoration and renovation, what remains of the steelworks has reopened as the Museo del Acero, an institution dedicated to the history and process of making steel.

Furnace 3 is an extraordinary structure, and it is hard to look at the 230-foot-high rust-colored chamber without imagining the molten metal that used to flow out of it. It is an inherently dramatic image, and one that inspired the lighting designers Jean Sundin and Enrique Peininger of OVI Lighting as they worked with Grimshaw Architects on the project. “We started by exploring the idea of a flame and its colors and intensities,” explained Sundin. “Hot steel is central to the idea of the museum,” added Peininger, “and with the metaphor of the flame, we had to understand how it would be read. A person visiting doesn’t need to get the whole story with a single look, but the lighting should convey a clear message.” 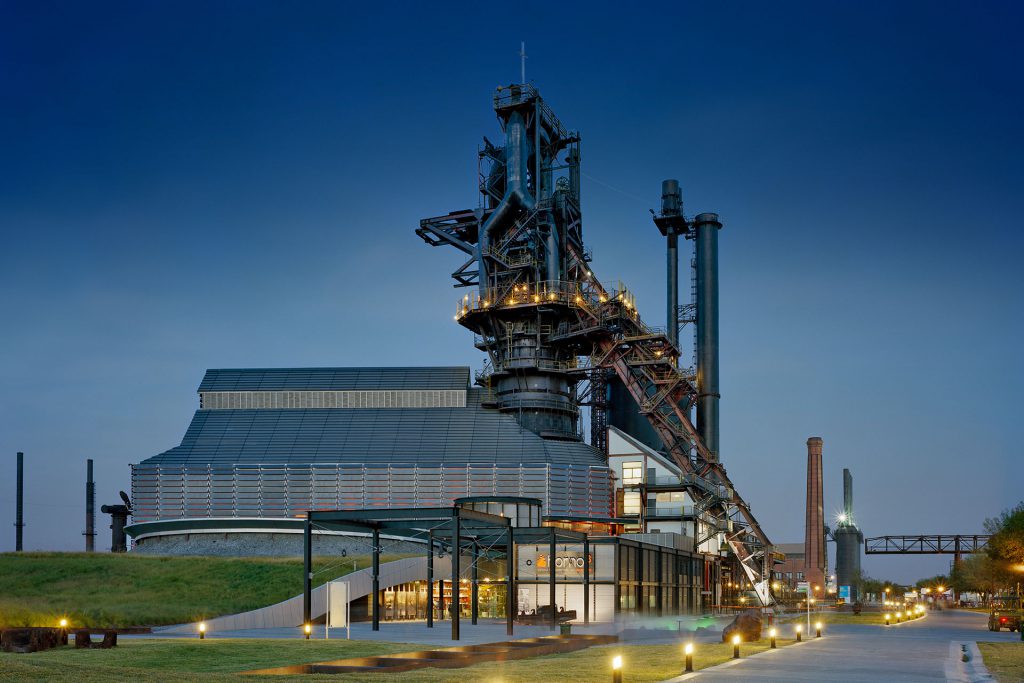