Architect Magazine Features OVI For Work On The Rookery Project

Architect Magazine Features OVI For Work On The Rookery Project.  OVI worked with Chicago’s local architectural landmark, The Rookery Building, to enhance the exterior facade.  The work featured in 2012, built upon the work of the original structure which was built in 1888. 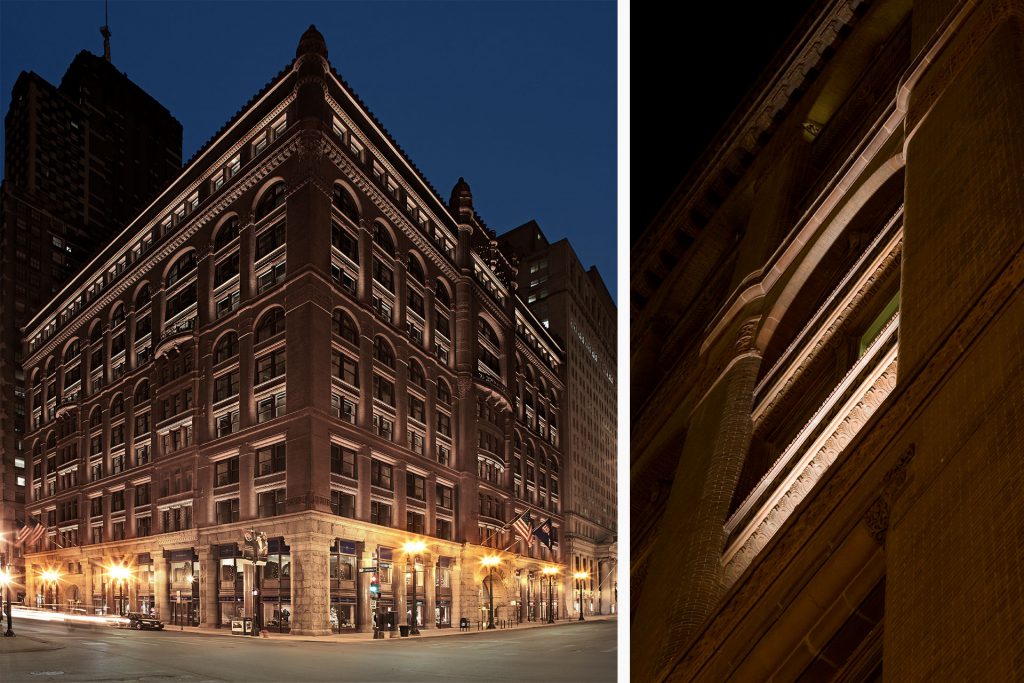 In 1888, Chicago welcomed a feat of architectural ingenuity to the Loop—a building constructed of hung masonry on a steel frame, the most advanced engineering technique of the day. The Rookery building, designed by architects Daniel Burnham and John Root, of the renowned architecture firm Burnham & Root, was 12 stories tall, making it one of the earliest commercial high-rises. Inside, a central light court flooded offices with sun, a critical element for such a tall building. As Erik Larson describes in the book The Devil in the White City (Crown Publishers, 2003), both Burnham and Root each oriented their offices south “to satisfy their craving for natural light, a universal hunger throughout Chicago, where gas jets, still the primary source of artificial illumination, did little to pierce the city’s perpetual coal-smoke dusk.”

Electric lamps were just beginning to be used to illuminate buildings, but the new technology was unreliable, and Burnham & Root opted not to illuminate the exterior. So every evening, the intricate façade of the Rookery faded with the sun. Over the years, the building underwent alterations (the most famous being a lobby redesign in 1905 by Frank Lloyd Wright). In 1970, the Rookery was added to the National Register of Historic Places; in 1972, it was designated a Chicago landmark. Yet still, that famous red exterior remained dark at night.